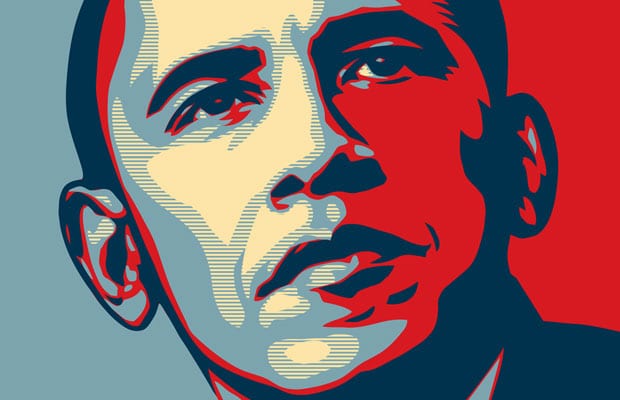 Pictures. They can convey a thought, a feeling, a stance. If you ever spend time on social media, and who doesn’t these days, you will likely see the ever-popular memes that your connections post and share.

Most often the meme is a graphic about something going on in the world and a statement about the situation, often tongue in cheek. But there are some more serious political graphics meant to send a message; to make a statement; some don’t even have any written statements but still convey a very important message.

Not everyone needs to have a background in politics to have a general idea of what is going on in the world and what a political graphic is referring to.

In a recent publication entitled Hope to Nope: Graphics And Politics 2008-18 which was produced alongside the Design Museum’s exhibition of activist art, which was considered a protest in its own right and was organized by artists who removed work from the Design Museum after an arms event.

Hope to Nope explores politics in graphics over a 10-year period. Within the publication are interviews with Milton Glaser and Shepard Fairey, both amazing graphic artists, but both with completely different styles.

With a review of Milton Glaser’s works, it is clear to see he has done works for clients in terms of logos and posters and peaceful looking works, amongst many other things, but when you review the work of Shepard Fairey his works are entirely different.

Fairey’s has a total political message in nearly every piece, often drawing the viewer in to dissect the image and the message it is meant to portray. Every little corner, every section of the graphic has some part of the message he is trying to express placed so that the viewer can piece together the message in its entirety. (below) 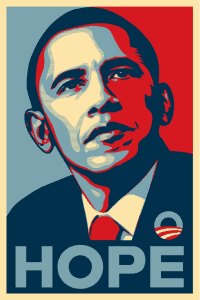 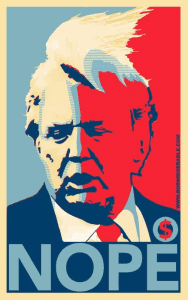 Graphics have really begun to play a part in the world of politics. Some of these graphics can be considered a type of activism. (below) 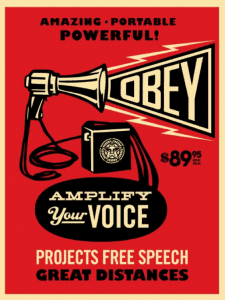 Although the artist may not be “boots on the ground” with his message, he is getting the message across loud and clear with his art.

‘One of our main aims with “Hope to Nope” was to demonstrate that graphic design makes a demonstrable difference and to foreground its role in how people are informed, educated, entertained and provoked,’  Lucienne Robert

It’s certainly interesting to note that those who may not have been politically driven, or even the slightest bit interested in politics seem to become more interested and maybe even passionate about a political cause when a graphic is able to evoke those emotions from the viewer.

The saying about a picture being worth a thousand words still holds true. 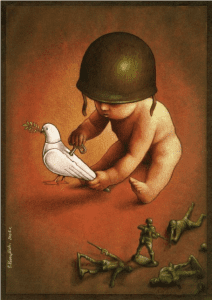